The Raleigh Ringers ring in the holiday season

Since 1990, The Raleigh Ringers handbell choir has wowed audiences under the direction of David Harris, the group’s founder and director. Like most ringers, Harris began playing in a church group before becoming handbell director at Hudson Memorial Presbyterian Church in Raleigh. His desire to reach a wider audience by performing more than church hymns and holiday songs led him to form The Raleigh Ringers. As part of an effort to gain audience members in its early days, the group began to incorporate nontraditional songs such Led Zeppelin’s classic “Stairway to Heaven” and the Queen ballad “Bohemian Rhapsody.” “I’m a rock ‘n’ roll fan, so it was partly a selfish move,” Harris says. “But I do believe that by integrating rock ‘n’ roll and other widely known genres of music in with traditional bells, we were able to attract a wider audience that we might not have otherwise reached.”

Adding even more fun, flair and, surely, some laughs, the group dons tie dye and ’80s hair band wigs while they play rock songs. “We play serious music, but we like to have fun, too,” Harris says.

Thinking outside of the proverbial handbell norms rings a bell with audiences, as these nontraditional songs have become what draws large audiences out to see The Raleigh Ringers every year. “Our goal is to reach every person in the audience so that we can find something for each person to connect with,” Harris says. “My favorite compliment I hear after a show is when someone says that ours is ‘one of the best concerts I’ve ever been to.’ Not just handbell concert—but concert period.”

Made up of 18 ringers from North Carolina and Virginia, The Raleigh Ringers holds auditions every January and the group practices once a week. Harris says they have accumulated the largest set of handbells owned by any performing organization—some of which are made in England, the province of Holland and other countries. Proudly claiming a reputation for having one of the best handbell choirs in the country, The Raleigh Ringers will celebrate their 21st holiday season by performing at Meymandi Concert Hall, where the musicians annually draw crowds of 2,000–3,000 fans.

While they try to keep concerts fresh for repeat audience members, the ringers also stick to certain traditions. “We always end with “Silent Night,” with candles in the audience,” Harris says. The group also plays Tran-Siberian Orchestra songs that the American rock band set to handbells especially for The Raleigh Ringers.

To date, The Raleigh Ringers have released two DVDs of holiday concerts, in addition to seven CDs. Their eighth—a compilation of Christmas songs—will be released in December. Two one-hour concert specials were created from the first DVD and broadcast in 45 states on American Public Television. The second DVD was developed into a one-hour holiday special that aired more than 400 times in 38 states during its first year of distribution, bringing The Raleigh Ringers into homes across the country.

Outside of performing, The Raleigh Ringers handbell choir hopes to expand educational outreach with the goal of teaching the art of handbells to the next generation—and that is music to our ears.

Learn more about The Raleigh Ringers’ upcoming concerts and ticket purchases at rr.org. 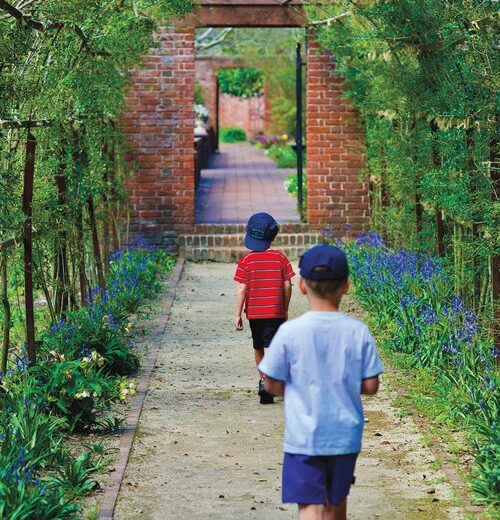 Next Post Where Legends Were Born
Related Posts
Community