Home Meet Our Staff
Scroll Down To Discover Ronny Stephens is the publisher of Midtown and 5 West (formerly Cary Living) magazines. He is also partnering in launching Triangle Family magazine. Originally from Havana, Florida, he has lived in Raleigh and Chapel Hill for 40 years. Ronny launched Cary Living in 2003 and Midtown in 2007. Prior to creating Cary Living and Midtown, Ronny published Homes and Land of Raleigh magazine, which he started in 1978. Ronny lives in north Raleigh and has four children. He lives with his son, Matthew, and his chow, Max. Ronny loves his Florida State Seminoles, golf and fishing. 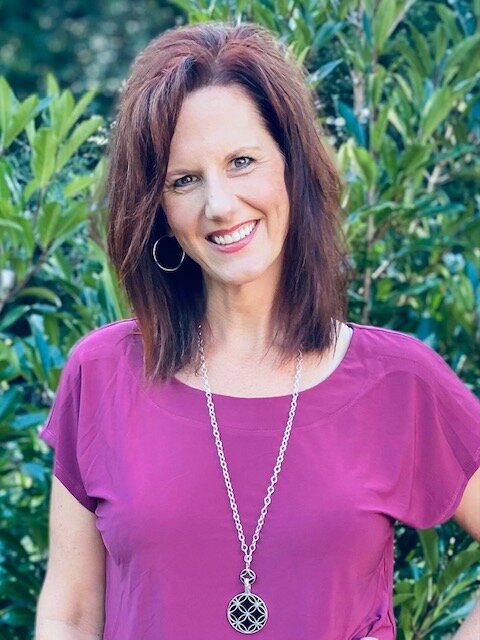 Stefanie joined the Midtown, 5 West and Triangle Family team in July 2021. Originally from Ohio, she moved to North Carolina in 1992 to attend UNC-Greensboro on a full basketball scholarship. Stefanie graduated cum laude with a B.S. in marketing and business management. She has over 20 years of marketing/relationship-building experience, and has a passion for helping others achieve their goals. Stefanie has been married to her husband, Corrie, for 22 years. She has three fun, athletic kids: Ava, Chase and Jaxon. Stefanie loves spending time with her family, going to her kids’ sporting events, watching Netflix and finding the moon every night. And, of course, Stefanie is an Ohio State and UNC Tarheel fan! Sherry joined the Midtown, 5 West and Triangle Family team in November 2021. She is also partnering in the launch of Triangle Family magazine. After graduating from UNC-Chapel Hill as a member of the university’s Phi Beta Kappa chapter, she began her career in the cellular phone industry. She eventually started a successful business, which she ran for 21 years. Her primary responsibilities were to educate, motivate and inspire her sales force. Sherry and her husband, Kent, live in Cary, where they enjoy sports, hiking and spending time with their two daughters: Kaeli, a sophomore, ROTC cadet and varsity volleyball player at Furman University; and Olivia, a sophomore and volleyball standout at GRACE Christian School in Cary. Sherry loves to volunteer her time working with the students at GRACE Christian School and through her ministry. She has a particular interest in helping young women understand their value and how to navigate the challenges of the day. Laura joined the Midtown, 5 West and Triangle Family team in November 2022. Originally from Dallas, Laura and her family relocated to Cary in July 2020, and she is in love with her new hometown! Laura started her career working in the nonprofit sector where she specialized in recruiting, training and managing volunteers who worked with children, teens and families. She later built a highly successful career as a professional organizer and productivity consultant. When offered the opportunity to be the primary account executive for Triangle Family magazine, she knew it was the perfect time to refocus on her passion of providing resources to parents and families. Laura loves spending time with her husband and son as they explore all of the natural beauty North Carolina has to offer. She is also the proud mother of three adult daughters and seven of the cutest grandchildren ever! Beth joined the Midtown, 5 West and Triangle Family team in January 2020. She is also partnering in the launch of Triangle Family magazine. She has worked in the magazine industry her entire career, with the exception of one year in corporate communications. After graduating from Virginia Tech in 1995 with degrees in communications and political science, Beth worked as assistant to the editor for Coastal Home, known today as Coastal Living. She married that same year and moved to the Triangle in 1997, then freelanced while raising her three children. During that time she served as editor of Wake Living and Fifteen 501 magazines, and created a social network for local parents called Triangle TRACKS in 2008. She joined Carolina Parent as associate editor in 2008 before becoming editor 2013–2019. She is a board member for the Educational Media Company of Virginia Tech, through which she mentors student media leaders. Beth and her husband, Chris, live in Chatham County. They enjoy traveling and hiking with their Brittany, Luna. Sean joined the Midtown, 5 West and Triangle Family team in March 2021. Prior to that, he worked for several regional publications, including Carolina Parent, Artsee and Metro. A graduate of the School of Art and Design at East Carolina University, Sean has worked as an illustrator, graphic designer and marketing manager for major corporations including Fujitsu and IBM. Additionally, he served for years as web art director for Early Design Group, where he oversaw and designed projects in both digital and print for clients in industries as varied as education, real estate development, dining and health care. Sean lives in Raleigh with his four-legged son, Harry. In his free time, Sean writes and illustrates for the children’s market—a passion he has enjoyed since he was a child himself. Dathan joined the Midtown, 5 West and Triangle Family team in August 2022. Before joining the company, Dathan worked for Triangle Business Journal for over 19 years. At TBJ, Dathan was the publication’s design editor and contributed to writing and photography. As a native Californian, Dathan got his feet wet in advertising design, working for the Merced Sun-Star, Atwater Signal and San Jose Mercury News. Dathan lives in north Raleigh with his wife, Jennifer, and their two rescue felines: Winifred Waffles and TiaMisu. Dathan loves hiking and visiting state parks, and is passionate about collecting wine. He has been to over 100 wineries in the state. Cindy joined Cary Living in 2005 and helped launch Midtown in 2006 as its first creative director. She left full-time work in the office in 2008 to have children, but continued working as the publications’ copy editor from home. In 2018 she rejoined the office staff to fill in with writing and design work as needed, and still serves as copy editor for Midtown, 5 West and Triangle Family. Cindy started her college career at UNC’s Hussman School of Journalism and Media, then transferred to N.C. State University’s College of Design to earn her degree in graphic design. A North Carolina native, she enjoys baking, reading, hiking and adventuring with her family in their camper. She lives in Raleigh with her husband, two sons and a pair of rambunctious cats. 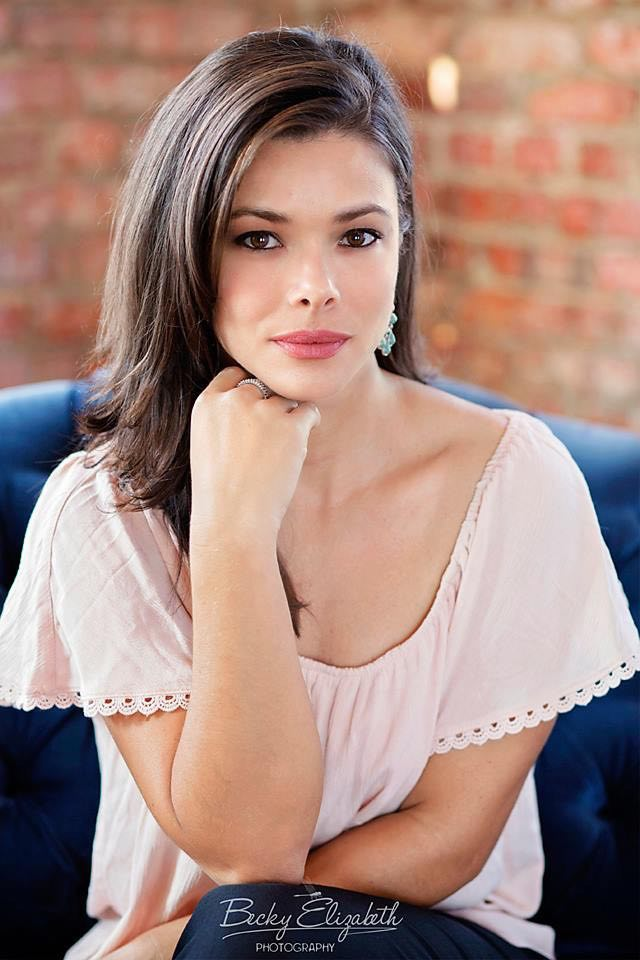 Melissa joined Midtown, 5 West and Triangle Family in September 2021. In addition to working as the publications’ social media and community engagement manager, Melissa will serve as a section editor for Triangle Family, and is a regular feature writer for all three magazines. A graduate of Peace College, she is a Raleigh native who enjoys writing, watching her children play sports, traveling to sunny destinations, and spending time with family and friends. She loves meeting new people and is excited to share information on local events, new openings and exciting stories in our area. Melissa lives in Raleigh with her husband, three children and a menagerie of pets, including cats, goats and guinea fowl. 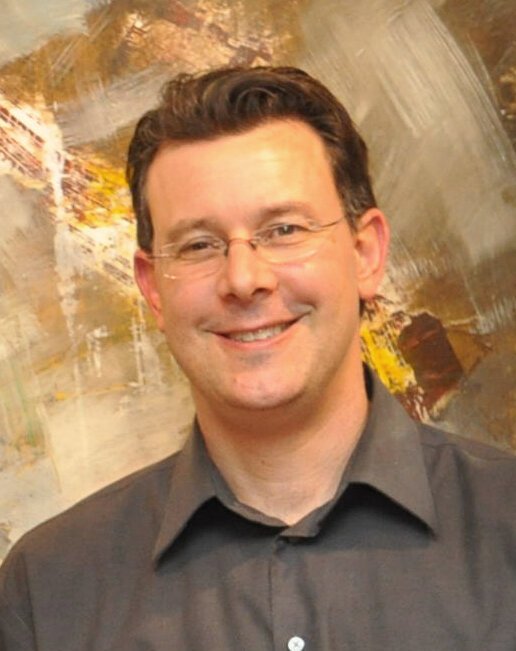 TALK OF THE TRIANGLE PODCAST CO-HOST

Adam joined Midtown and Cary Living in July 2021 as a graphic artist. Although he now works for another company, he remains with us as co-host of our “Talk of the Triangle” podcast. Although he has family roots in the South, Adam grew up in California, Portugal and England. He is a graduate of Connecticut College in New London, Connecticut, where he double majored in fine art and art history. Adam began working in the art, design and gallery fields in Santa Fe, New Mexico, but relocated to the Triangle in the mid-90s. Most recently, he and his wife, Cindy, co-owned Adam Cave Fine Art. He has served on both the City of Raleigh Public Art and Design Board, and the Town of Cary Public Art Advisory Board. Adam and Cindy live in Cary, surrounded by art and cats.