CHILDREN WALK THROUGH THE GARDENS AT TRYON PALACE IN NEW BERN.
Share This
Article:
Font size:
Write a Comment
Print

BY ANITA B. STONE | PHOTO BY JOHN M. CHASE/GETTY IMAGES

Why go to the trouble of saving old structures and other remnants of the past? Just ask the employees of the North Carolina State Historic Preservation Office. They might explain that physical evidence of past events is often the only way to track and record the evolution of the human spirit over time: our changing attitudes, art forms, political focus, religion and overall cultural expression.

Many of us are unaware of the existence of the North Carolina State Historic Preservation Office—or its efforts. The office’s employees work to preserve historical properties and assist individuals, agencies and institutions in identifying and protecting important historical resources. Buildings and other assets from the past give us a virtual library of tangible structures, paper records, lands and objects that open our minds to former times and lives. Without such historical preservation, we would have only our imagination and family stories to reconstruct past events that reveal the skills, knowledge and struggles of our state’s history.

From early days, respect for the remnants of North Carolina’s past, whether in the form of elegant churches, government buildings, shipwrecks, ancient archaeological sites or simple countryside structures, has remained constant. Local communities, individuals, and organizations at the county or state level have provided various frameworks through which preservation of historical objects and places can be accomplished.

In North Carolina, numerous organizations are devoted to preserving our state’s history where evidence still remains. The idea of establishing a means to preserve our historical heritage originated in the 1930s when Christopher Crittenden, secretary of the North Carolina Historical Commission, invited Margaret Wilmer of the Association for the Preservation of Virginia’s Antiquities to speak to the commission about her state’s successful preservation program.

Impressed with Virginia’s preservation efforts, the commission formed a steering committee to establish a similar plan for North Carolina, which soon resulted in the birth of the North Carolina Society for the Preservation of Antiquities. Its attention focused on the needs of such places as Tryon Palace in New Bern.

Since then, the office has been instrumental in encouraging local communities to support the preservation of endangered historical properties in their area, resulting in the saving of structures such as schools, factories, historical districts, villages, churches and farming operations. These nominated properties are listed in the North Carolina section of the National Registry of Historic Places. Addtions to the list are continually assessed and added if found to historically qualify.

North Carolina nominations are presented alphabetically by county at ncdcr.gov/state-historic-preservation-office. Detailed information about each entry is presented in PDF form. Photographs, measurements, dates, locations and other details are readily accessed through the National Register of Historic Places’ website.

So, how does a property get nominated and listed in the National Register of Historic Places? Any person or organization can submit a landmark, district, object or other entity to be considered for a listing. The process is greatly facilitated by the use of a “study list”—the application for which, along with other relevant information, can be found via the National Register of Historic Places’ website.

Information received from the study list speeds the review process, helping submitters become acquainted with qualifying details. Armed with this information, an advisory committee and staff can learn initial details about the property, which expedites early examination and assessment.

Protecting and maintaining historical objects and sites is the most tangible and immediate way to bring historical events to life for future generations. The importance of protecting these precious remains is incalculable. They cannot be remade, and would otherwise disappear through the wear of time and natural decay. The North Carolina State Historic Preservation Office works to safely preserve and protect this heritage. 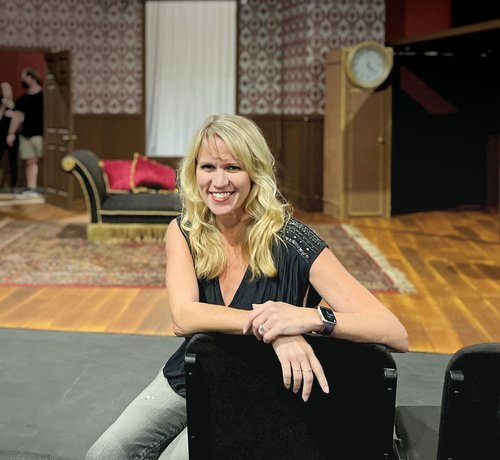